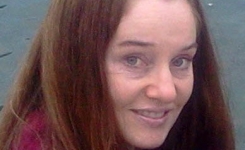 I have been a software developer since the dotcom days, and have worked at many companies with widely differing approaches to software development. I live in Austin, Texas with my family.

It's not unheard of for a newly hired software engineer to find herself unable to get traction and to start meaningfully contribute. The manager may decide that the new hire can't be given any of the upcoming projects, because they require too much familiarity with the existing codebase and need to be done fast; thus, weeks or even months can go by and the new person still can't start contributing for real.