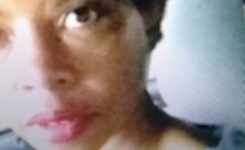 Davida Small is a writer and visual artist who has supported herself substantially in the past by being employed primarily in support roles at tech and engineering firms. She has a degree in English literature from UC Berkeley and has written features pieces for the Oakland Tribune, as well as for San Francisco black publishers Carlton B. Goodlett and Thomas C. Fleming for their Sun-Reporter Publishing Company. She has also shown her artwork at the Yerba Buena Center for the Arts and Southern Exposure in San Francisco. She lives in the Bay Area and enjoys travel, hanging out at communal hacker spaces, and attends diverse cultural events at the first chance she gets.

Unconscious attitudes and behaviors operate as barriers to properly recruiting, hiring, and retaining more black talent in the tech and gaming industries. I will present and discuss scenarios that block diversity through the complementary lenses of racism and classism, especially as it relates to the lack of diverse participation of "lower class" African Americans. I'll lay out a few scenarios and talk a bit about how racism and classism contribute.

Unwelcoming, unaccommodating, or ostensibly overly homogenous work or event environments that are difficult to enter or endure by some black people; some women's rights goals are being met, but huge inequities still exist in comparison to black women; the need to recognize and stop assuming that white women's victories are victories for all women. Appropriating, incorporating, signifying and re-contextualizing African American imagery - how symbols, gestures and cultural tropes are used by middle and upper class white culture identified outsiders; a lack of cultural or class sensitivity combined with a general insistence on practicing political correctness can be perceived as a weapon used against black people of a different social class; and more.