Creating diverse spaces of opportunity in the tech sector 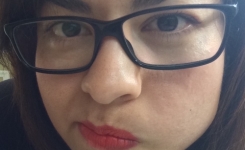 Is it all in your head?

Social and Design Factors in Video Games for Therapy and Rehabilitation

TW: Some examples of micro-aggressive language including sexist, transphobic and ableist...

Supply Side Diversity, or why FUBU had the right idea OR We're not apping our way out of this one 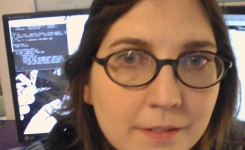 Digital dress-up dolls and the death of KiSS

TW: I'll talk a little about adult and pornographic dolls, but no graphic imagery.

The Revolution Will Not Be Silenced

TW: This talk will illuminate some of the negativity displayed in social situations, and may... 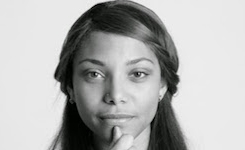 Tech and the queer family

Education is the Key

Is it Possible for a safer, saner, and diverse internet?

TW: harassment, threats of violence will be discussed.

Alter Conf came to Washington, D.C. early this year. Finally, a tech conference I can afford that's safe and actually diverse. From allowing attendees to include their pronouns on name tags to providing ASL interpreters, Alter Conf is doing what every conference should be doing. At Alter Conf thoughtful planning went into organizing, there were no assumptions.

The talks were without a doubt some of the most interesting and engaging I've ever attended at any tech conference. Every talk was relevant to some aspect of my life. They ranged from topics on unconscious bias, inclusive language , self care and mental health, to initiatives focused on bridging the technical divide. Bonus, the creator of the opening theme song for "The Boondocks", [Rob Jackson](http://www.alterconf.com/speakers/rob-jackson), spoke about the relative history of education and how its relationship to the individual and institutions has changed.

[Rachel Shorey](http://www.alterconf.com/speakers/rachel-shorey) [@rachel_shorey](twitter.com/rachel_shorey) Paternity leave in the U.S, let's be honest, sucks. It's hard enough for hetero-normative families to get adequate policy coverage from their company, it's even more difficult for LGBT families. Rachel explained the differences between paternity leave and maternity leave. She went over common HR policies and revealed that most don't contain criteria that would qualifying non-stereotypical families for leave. As a result, Rachel spends a lot of time "breaking-down assumptions or preconceived notions" in order to make sure she's getting the provisions she needs for her family when negotiating work benefits. Rachel ended up being more awesome by giving us some actionable advice. * Leave and compensation policies are not regulated by law, meaning they can vary widely from company to company so don't be afraid to ask lot's of questions. * For employees and employers, educate yourself on the "as-written" policies regarding leave within your organization. *Employers, encourage a "no one will be punished for asking" culture. [Charlotte James](http://www.alterconf.com/speakers/charlotte-james) - _Communications Director for Code in the Schools_ [@awordporfavor](twitter.com/awordporfavor)

This past year there's been a lot of talk about diversity and the lack thereof in the tech sector. Charlotte focused on diversity in tech initiatives and the assumptions made about people living in areas that lack access to technology. She addressed the core issues of diversity, the root of the problem and critiqued the way organization approach solutions. "81% of the national workforce is white." Meanwhile, " 24% of the tech workforce is Asian in a nation that's only 5.3% Asian". They throw "kajillions of dollars" at the problem and expect results. The problem can't be solved without building the necessary pipelines and working with, not for, the communities they want to effect to develop successful solutions. Code in the Schools is a great example if great solutions. The organizations aims to bridge the gap through one of it's programs in particular, the Prodigy Program. The program focuses on mentoring and developing Baltimore City Public School students' web development skills and then pairing them with companies for paid internships. By holding companies accountable, socially responsible and encouraging alternative forms of education the result would be a holistic educational ecosystem designed to create opportunity for under served youth. Anyone can join in and help. There are tons of resources for professionals parents, educators, and individuals at [Code.org](code.org). [Gem Barett](http://www.alterconf.com/speakers/gem-barrett)on bots, diversity, and social justice [@GemBarett](twitter.com/GemBarett)

If you’ve ever come across anyone who has nothing better to do than justify racism or make offensive comments you’ve (aka an internet troll) encountered [kipple](http://www.urbandictionary.com/define.php?term=kipple). Fortunately Gem has provided us with a way to fight back, bots. Let's start with Twitter, a site whose users despite the fact that "anonymity has dissolved through the evolution of the internet" continues to be a huge source of harassment. In order to save activists time and energy [Deray Mckesson](https://twitter.com/deray) and [Darius Kazemi](http://tinysubversions.com/bio.html) developed the [Stay Woke bot](http://feeltrain.com/blog/stay-woke/) for the Black Lives Matter movement Twitter. Once given instructions, “stay woke bot tell person why the confederate flag is a symbol of racism”, "the bot detects what you are asking for and provides a link within a couple of minutes.~source(link)" It's a great way to combat harassment and answer repetitive basic questions. The instant messaging behemoth [Slack](slack.com) can be customized to have enforce code of conduct. Slack bots can privately reprimand or warn offenders of inappropriate behavior and update the code of conduct as new protocols being developed. It has been used with “statistics running to identify when diversity training is needed" and is also effective in analyzing "how much change is being effected" after implementing the bots. Gem's Advice * “say no to thankless emotional labor...build a bot to do it for you” *If you use slack explore different ways to use slack bot to address issue and a “custom setup to analyze how much change is being effected. * Hold folks accountable for their actions and remember push back comes from people thinking that their privilege is being taken away but the change isn't easy. [Harold Moore](http://www.alterconf.com/speakers/harold-moore) - _on supply side diversity_ [@iamharold](twitter.com/iamharold)

Harold's talk focused on "diversity in the context of racial, gender, and sexual diversity". "Why are people obsessed with diversity these days?" Statistically speaking, diverse teams are able to solve problems more quickly than high ability problem solvers. Besides, "the US census says that by 2024 the country will no longer be majority white". Diversity is important especially if "we want our products and services to reflect to reflect the people who they will be effecting." During the annual budget meeting for the AFLCIO Harold realized that there were "only 2 black men" and "a gathering of about 5 or 6 women" among almost 100 people. He recalled his disappoint upon confirming "a complete lack of representation" in an organization tasked with changing the world. "why can't companies commit themselves to diversity?" "Companies are weasels" and usually have no metrics by which to measure the effects of diversity initiatives. Companies complain, they say it's too hard to find folks that don't look like them. All of those reasons are excuses. Any CEO who can't cite their organizations diversity efforts isn't serious. Harold's experience enabled him to give us a wealth of advice. * Do everything that Alter Conf is doing * Bring diverse folks in, acknowledge their needs and provide paid opportunities. * Advocate for others; acquire and extend political capital * No one wants to be Rosa Parks or Jackie Robinson or represent their entire race. Often times too much pressure is put won the one or few people of color at the company to lead diversity efforts. * Training programs should create bridges; building authentic relationships is a two way street recognize. * If you wanna go fast you should go alone, if you wanna go together you should go slow. Ultimately this is all about is building things for ourselves, by ourselves. A few examples of apps built by the community it services are [Nura Code]( http://www.nuracode.com), [Pigeonly](pigeon.ly), [Mrelief](mrelief.com).

Be mindful. That was the main take away from Alter Conf. All the examples of using tech to help solve social issues were very inspiring. [Emily Gorcenski](http://www.alterconf.com/speakers/emily-gorcenskiro) demoed interactive simulation games that were being designed for therapy. She talked about the importance of designing an experience for the user that not only empowers the user but provides diverse choices. The experience at Alter Conf was incredible and the connections I made were amazing! I will definitely be attending next year! 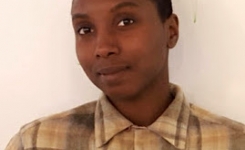 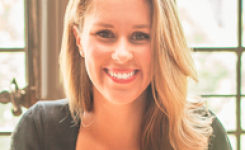