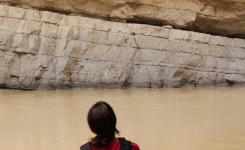 Alterconf Austin, held on April 25, 2015, strengthened community around marginalization in the tech industry, and helped us all become better activists and allies.

Each speaker presented differently. Some talks were intensely personal while others were more strategic. All spoke to the shared experiences of audience members. I heard many people come up to speakers to thank them for validating their lived experiences and continue the conversation.

I was impressed by the creativity in the presentations. One speaker poignantly compared his experience dealing with microaggressions with a heart attack. Another framed her story of being a junior female developer in a "Choose Your Own Adventure" format but pointedly deprived the audience of any choices. Other speakers referenced pop culture, or used GIFs to make fun and engaging slides. Everyone kept it real.

Talks centered on inequalities in the tech world and the pain speakers experienced as they came up against them. Instead of stopping there, each speaker offered ways to make the tech community more inclusive.

While the diversity and inclusion initiatives of large corporations are often the focus of mainstream media's conversation on diversity in tech, I believe that solutions must come from the marginalized community. Alterconf is a space for the community to gather and constructively reimagine inclusion within the tech world.

Two talks discussed why inclusion is valuable in the tech and gaming industries.

Mario Jara, a healthcare professional and gamer, gave an emotional talk discussing privilege in the context of public health knowledge and the game industry.

Jara said that the heart attack symptoms disseminated by public health officials (chest pain, arm pain, jaw pain, and/or shortness of breath) are specific to men. Women experiencing a heart attack, he said, might only have symptoms of back pain or nausea. This possible misdiagnosis shows that, "the choice to have white males as the default is hurting all of us," Jara said.

Jara also shared a personal story of microggression, tearing up and taking a moment to collect himself. "Microaggression is a symptom", he said. "The root is ignorance and being oblivious to privilege, and it is a killer of diversity." This ignorance of privilege invalidates the experiences of the marginalized groups in the games industry. According to Jara: "As the industry fails to address diversity, diverse talent walks away."

Kojo Idrissa, a former university instructor transitioning into the tech world, discussed the business case for inclusivity.  He chose the term inclusion over diversity because "diversity is easy to measure but doesn't get at the issue." Inclusion suggests a culture that is welcoming to all sorts of people.

Idrissa argued that the business case for inclusion is that "inclusion maximizes the number of contributors."  He suggested that we check our assumptions, get out of our bubbles, and be empathetic. "Good communities require continual effort," he said.

Three other speakers discussed inclusion within the workplace-- in hiring, onboarding, and retaining diverse talent.

Elze Hamilton walked us through a compelling second-person narrative on being a junior female developer in tech. Hamilton framed her story in a "Choose Your Own Adventure" format, with slides like: "Weeks go by-- you can't gain any traction in the company, and you can't significantly contribute to any project."

What can companies do? Hamilton said that having structure and process are the key. "Have beginner friendly bugs and starter projects," she said.

A woman in the audience shared her own similar experience and said: "For a while, I thought it was just me."

Shelly Carpenter, VP Engineer at Blacklocus, discussed the psychology behind subconscious gender biases in tech, and her experience hiring and creating an inclusive company culture.  She cited unconscious biases such as stereotype threat and impostor syndrome, which can cause women to be reluctant to speak up in meetings, to take leadership positions, and to be overly harsh on their own work.

Rachel Gollay works at Big Cartel, helping artists make a living doing what they love. Her talk empowered listeners to respond to unethical questions in job interviews. Questions about any of the EEOC protected classes, which include race, religion, gender (including pregnancy, gender identity and, in some states, sexual orientation), national origin, age (40 or older), and disability may be unlawful if those answers are used against a job applicant.

"Go with your gut," she said. Uncomfortable questions that do not pertain to one's ability to do the job should be addressed. Suggestions include: asking why the question is relevant, not answering the question, ending the interview, emailing the recruiting team afterwards, or filing a complaint with the EEOC.

Two talks described the experiences of the speakers dealing with harassment and erasure, as well as their work in building more inclusive environments.

Kiran Oliver, a freelance writer and PR director, spoke about a need to build a gaming environment more inclusive for individuals on the Marginalized Orientation, Gender Identity, and Intersex (MOGII) spectrum.

Oliver cited the example of women role playing gay, bi, pan, poly, and trans men in the gaming community. She was shut down when she expressed concern that this behavior co-opted and fetishized the experiences of these men.

She spoke about the need to "design safe spaces," and the importance of guild leaders dedicated to inclusivity. "Combating erasure starts with all of us," she said.

Kassandra Perch, a web developer, spoke about publicly reporting harassment in tech, and how to respond respectfully as a bystander.

"This makes me really angry, but I'm not angry with y'all," Perch said, speaking with lots of emotion. She said that after a report of harassment, two groups form: the denial group and the shocked group.

Perch explained that the denial group tries to silence the person who experienced the harassment, which can be nearly as bad as the harassment. However, the shocked group is paralyzed by inaction. Instead, Perch says: "Be disgusted. Be angry."

Perch gives bystanders advice to not demand proof, as we "are not entitled to the experiences of anyone else." She calls on bystanders to support victims and respect their space, but to "not trivialize lived experiences."

Andrea Grimes, a political reporter and activist, directed the audience to "treat the Internet as a place where we actually live." People use the Internet to socialize, talk, and organize.

With this framework, Grimes shared tips from her experience using social media to advocate for reproductive rights. Social media can help activists connect to communities they would have never reached otherwise. She suggested that activists use personal storytelling and "emotional truths."

Other tips include: don't spam, how to deal with trolls, growing your stakeholder base, create memories and debrief after events, and treat yourself to self-care.

Chelsea Maxwell, a user interaction designer at ACTIVE Network, gave a fun talk about how the media portrayal of young boy geniuses is problematic. "Our ideas of ourselves are confirmed by media," Maxwell said. She discussed the ageism and sexism inherent in this tech stereotype. While men often wear nondescript hoodies or t-shirts, for women "no option reads nothing."

What can tech do? Be more aware and more professional. Maxwell believes we should "make more media of women in tech." To subvert the stereotype that men start programming at a much earlier age, Maxwell cited developing her Neopet's pet page as her first wireframing experience. The myth of the young tech bro had "totally invalidated" her own experience. She now owns that her experience in tech started with the Neopets wireframe: "That [specific male programming narrative] wasn't me-- you gotta do your own thing."